These are the Glaizart AI's, the come in different shapes (when using a hologram system), but usually in the shapes of weapons and can have multiple functions.

most ships are equipted with transport AI's having functions as mataining the ships systems, enabling the pilot to use the Aura sense amplifier, use the ship on board (but a lot more basic and les range) sensors, switching the engins from generic to linar and even talk with the pilot to keep him/ her company

also they have the job to connect to the hyperlong articial lights, set up the Lane Light shielding when needed and in case of emergancy use the paths to communicate to the closes planet (as they are able to send signals trough the magnetic powder).

the ship version are simple AI's able to act for the ship and talk with the pilot but the on planet versions are more advange, able to do a large array of acts, able to act without being told and have a mind of their own

most of the best are running in the archieves, finding more about the lost history and much more.

their is also specific AI in the PCSCS and PTSCS (each having their own) able to project all around the ship/ construction able to communicate with everyone and much more all on their own and all at the same time, these are the best of the best and made for this job. 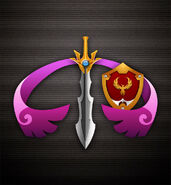 Generic Linier AI 6
Add a photo to this gallery

Retrieved from "https://andreemea.fandom.com/wiki/Generic_Linier_AI_systems?oldid=5628"
Community content is available under CC-BY-SA unless otherwise noted.